Driving fast is a habit for some drivers. For some it is just another adventure, a source of entertainment or an adrenalin rush. City driving does not allow drivers to floor the accelerator and go as fast as the car allows them. For proper fast driving it is advisable to look for a proper track, which allows a controlled environment for fast driving and racing. 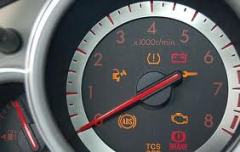 However, driving fast is not just about flooring the gas pedal and letting the engine and the vehicle do the rest of the work. Most people do not realize the damage they are doing to their automobiles by driving fast and ignoring the proper techniques for doing so. They end up damaging the car mechanically more often than damaging it in accidents.

For automatic transmissions it is not as big an issue if the driver does not know the proper techniques. But for manual transmissions deviation from proper technique can be dangerous. Apart from the fuel consumption, ripping tires and lack of control there are other factors that drivers need to consider while driving.

When driving a sports car these factors need to be paid close attention because they are specially designed for fast driving and any deviation from the proper way can damage them very easily. But the normal cars are not designed to go very fast. They are not meant to do so but that fact always seems to be ignored by drivers. In many cars there are often limiters installed by default. These prevent the driver from constantly going into the red zone of the RPM or Tachometers. These cars are limited by default to a particular level of revs per minute. This is why when an untrained driver tries to breech that limit the vehicle starts to trip

Constantly crossing the red zone increases the chances of engine failure. Dragging the car in low gear for too long increases the friction, and the wear and tear in the engine. It also prevents the engine from being able to cool itself properly. Apart from this the mechanics of the engine are disrupted as well. The valve springs are not able to close the valves fast enough causing the valves and pistons to collide resulting in damaging the engine block.

Even more dangerous is the fact that the fuel injector might stop functioning properly. If the proper amount of fuel does not get transferred it could result in the engine blowing up completely. Occasional red lining does not hurt the engine as badly but constant red lining is not an advisable option.

This is all in addition to possible frying of engine wires, piston rings and other such components. A small level of adrenalin rush could prove to be quite heavy on the drivers' pockets and reduce the life of the engine drastically. This type of driving cannot be called fast driving. Driving fast does not mean that the car has to be damaged. The overall structure of the car has to be thought of as well. A smaller, less powerful car not designed to go fast can only withstand certain air pressure. Not only the engine but the chassis and suspension can also get damaged by rough driving.

The after effects of red lining are not a pretty sight to see. Frying the engine's components is never a good idea nor is it good to increase the vulnerability of the engine. There is no harm in driving fast in controlled environments but that needs to be done while keeping the engine and overall capacity of the automobile in mind.