Don't Ignore the Water Temperature of Your Car - Vol.89

Cars require a lot of care and attention. If taken care of in the right way, cars can last up to 3 times longer than they would if ignored. People tend to buy a car and then forget about its regular maintenance. This costs them in the long run as the car wears out more quickly than it should.

Regular maintenance costs are not very high. The maintenance only takes up a bit of your time but your automobile will perform better and last longer with the little attention. Most of the regular aspects to take care of are easy and can be done at home with no need to go to the workshop.

Water temperature is essential to note regularly. This is because in essence the water in the radiator is a cooling agent for the engine. A regular combustion engine creates a lot of heat when driving. This heat is countered by the fan and the water. The water keeps the engine head as well as the overall car cool. In fact, if the engine is heating up it can even impact the temperature inside the cabin of the car.

In warm countries there is a constant need to check and replace water. This is because the overall environment acts as another element which causes the engine to heat up more easily and this requires the engine to consume more water for cooling purposes. In cooler countries the engine remains relatively cooler so less water is consumed and hence, the time between each top-up and replacement is longer. 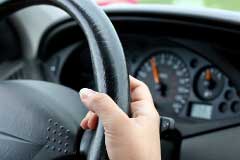 The water keeps the engine cool in order to improve performance, reduce wear and tear and keep the temperature low. The heat that is produced by the engine is at such high temperatures that if the water level is not monitored, it can blow the engine up. Insufficient water in the radiator can cause the radiator to blow up.

It can also cause the wiring and distributor as well as the coil to get fried due to the heat and also if massive amount of heat is produced the engine can blow up or catch fire. These are very dangerous repercussions to ignorance which people do not realize. Not only do they cost more to replace the parts that get damaged but can also cause more damage than you would want.

One reason why the older versions of the Volkswagen Beetles failed in the warmer regions of the world was that it was a rear engine car without a radiator. This caused the engine to heat up so drastically that its engine used to catch fire.