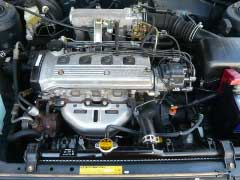 It is done with the help of a machine that forces back special solvents through the transmission and engine. It is like a vacuum cleaner that sucks all the junk back and cleans the engine. The process is very simple. Chemicals are poured into the engine, and the engine is left like that for a few minutes so that they reach every corner of the engine. The solvent is then drained, which leaves the engine in a good, neat condition. This is mostly done when one goes for an oil change. Engine flushing is always done by an automobile engineer or mechanic as it needs certain knowledge about engines and cars. Do not try doing it at home as you might end up doing more damage than good.

Clean Car
It is important to keep your car in good health. No matter how hard you try, it can never be immune to the dust particles that are in the air. Your car gets affected by it, and at times you don't even realize that due to the fact that the damages are not visible to the naked eye.

If you have an old car, or if you are buying a used car, it is recommended to get the engine flushed. The simple procedure can save you from bigger issues in the future. Cars that have long breaks between oil changes need engine flushing. It is very important for such cars as during the extended period, the engine starts getting affected by the oil. In such a condition, it is very important to get it flushed. Lastly, if you had some kind of maintenance work on your engine, you should also get it flushed. However, a suggestion from a trusted automobile mechanic or engineer is required to avoid the risk of further complications.

Remove Accumulated Build-up
At times, due to driving habits or some problem with the car, particles may accumulate in the engine. Normally, when the car isn't driven for few days or is used for very short intervals, the particles in the oil start depositing in the engine and create a build-up. This is a big problem for all cars as these deposits restrict the proper flow of oil to every part of the engine, which affects the car's performance. An engine flush is very useful and important in such case as it clears out accumulated particles and allows the oil to properly pass. The gunk can cause serious trouble if not taken care of, on time, as every part of the engine needs oil for it to function properly.

Filter it
Oil filters are suggested by many mechanics and motor engineers; however, there is a big drawback with them. The biggest problem is that they only filter particles as big as 25 microns and are not good for particles smaller than that.

The trouble is that there are particles even smaller than that in your oil that no filter can process properly. Even the latest filters fail to keep it clean, which means you need to resort to an engine flush. The chemicals used in an engine flush solve this problem and stop these particles from causing any damage to your car.

In a nutshell, an engine flush is necessary for your car to work properly. If you want your car to perform at the best level, get its engine flushed, so that it remains clean and safe from the harmful particles.