The motor industry is one market that affects us all seeing as nearly 95% of the world populations are known to own cars. One of the main expenses that we all are known to come across when owning a car is that of maintenance costs. Certain parts of our car need changing from time to time. Due to the cost factor, many end up opting for cheaper parts in comparison to genuine ones. Even those these may seem as a cheaper alternative, in actual fact you are just causing more problems for your self in the long run.

When one uses cheap spare car parts, they tend to damage the supporting genuine parts that they are linked to. Trying to get hold of genuine Japanese parts in America can prove to be quite costly. For this reason many have started to look for cheaper alternatives. Even though you may be looking for cheaper alternatives, there is a way that you can find low priced Japanese genuine parts. We are going to take a look at where you can find low priced genuine parts and the advantages that come with it. 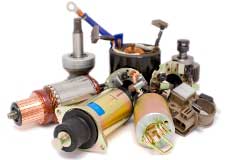 When looking for dealers that allow you to ship parts directly from Japan, the best place to look would be online. Seeing as you will be dealing with international boarders, it is important that you make sure that the source that you are using is both reliable and trustworthy. The last thing you want is placing an order with a Japanese spare parts company just to realize that the parts never come through. Ideally what you would want to do is look for an authorized dealer in your country that already deals in Japanese spare parts. This will save you a lot of the hassle and time in relation to finding a supplier to go with.

The Advantages of Using Japanese Spare Parts
Genuine parts are from Japan, and the cheaper alternatives are from China. Even though many people end up buying the cheaper alternative this has led to many car accidents. The thing about cheap spare parts is that even though they are designed to do the same job as genuine parts, they are not capable of doing half as good of a job. Cheaper spare parts are known to last for a very short period of time and sometimes are also known to damage the supporting parts as well. 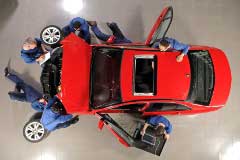 The great thing about Japanese genuine parts is that they are known to last a minimum period of ten years. Certain car parts are known to need changing much sooner than others. How quickly will obviously depend on how you drive a car and the conditions in which you drive them. One of the best things about Japanese spare parts is that they come with a guarantee. If your spare part happens to get damaged before the time span it is expected to last, you will be able to get a new part absolutely free. Such parts have also been known to enhance the performance of your vehicle as well.