Why are secondhand Japanese cars so popular in Africa? - Vol.455 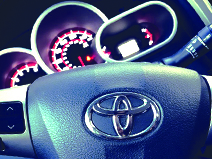 Why are secondhand Japanese cars so popular in Africa?

As the African continent has developed economically, the imports of Japanese vehicles also have been rapidly increased in recent years. A clear example of this increase in Japanese car import is Zambia, where more than 70% of vehicles on the road are imported from Japan and even though, China has made economic advances over the region models such as Vitz, Fit, Murano, Ractis, Allion still among the most popular vehicles to buy among the local.

But Why are Japanese vehicles have become so popular in the region?

According to the locals, some of the reasons why Japanese cars are so popular in the region are:

Firstly, When compared with the domestic market, Japanese direct imported vehicles are still cheaper even after import fees and local expenses.

Secondly, Japanese transport culture is based on trains more than cars, which makes them more likely to be used as weekends vehicles than daily drivers, because of this Japanese cars tend to be in really good condition and have lower kilometres.

Thirdly, Japanese cars have a higher quality in comparison with other overseas brands, which help them to deal with tougher environments in the region.

Fourthly, Japanese cars are easy to maintain and repair. Their spare parts can be swapped between models. Also, they are easy to find at cheap prices across regions compared with other brands.

Fifthly, the country's mechanics are also apparently more experienced working in Japanese cars instead of other regional vehicles.

Finally, a large portion of African countries were colonies of the British Empire, so people are used to driving on the left and use right-hand drive vehicles which, make it ideal for Japanese car imports as the cars don’t need to be converted can just drive away.