Many experienced motorists will assume that 'driving is just driving' as they get behind the steering wheel of a rental car in a foreign country. But driving in another country can be confusing, surprising and include consequences for maneuvers that would be perfectly legal at home. 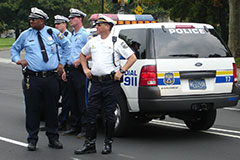 While the period of traffic confusion only lasts a day or two at the most, keeping the following tips for driving in a foreign country in mind will effectively prevent you from running into the law or struggling through another inconvenience that driving in foreign countries may present.

The Importance of Reviewing the Local Traffic Laws
Driving an automobile is an important responsibility and failing to understand this can mean the inconvenience of financial penalties and in the worst scenarios jail time in a foreign country. To avoid this be 100% sure you are fully aware of the laws that may apply to you and your situation.

Car - never drive in a foreign country, if the car you are in doesn't seem in proper functioning conditions. Certain countries will apply scathing penalties to cars producing excessive smoke, missing headlights or presenting other mechanical issues.

Traffic Orientation - while the conversion from MPH to KPH and the differences between right and left-handed riving can be adapted to quickly, there can be a temporary lapse in orientation that can lead to serious miscalculations. Be extra cautious when driving on the "other" side of the road.

Phones - you may assume laws are lax in other countries, but it would be a terrible mistake. Even if you see every other driver talking on their phones, this is not a license to do so. The rules can be applied to you simply because that's the way luck plays out. Consider your personal safety and put the mobile devices down.

Kids - vacation times can be great fun and adventure, not a good time for an inconvenient run in with the traffic authorities. Many countries include very specific regulations for seat belts, booster seats and children riding in the front seat. Be sure you review these and stay on the safe side of the law.

Drinking and Driving - while this law is essential to public safety, there are vary degrees of severity with which it is upheld and falling on the wrong side of a DWI law can be a serious crime in many countries, including the USA.

The traffic laws internationally are growing more and more watchful for drunk drivers and the penalties have intensified. Especially in countries that don't seem to uphold these laws, driving while intoxicated can be exceedingly dangerous and is also a bad idea no matter where you are.

Other - there are certain countries that have even more stringent rules. Some countries require a regulation safety and first aid kit within the vehicle; others require fire extinguishers. In France an unused breathalyzer test must be present in the vehicle.

Some cities have regulations for "Low Emission Zones" meaning the car you are driving will have to meet certain qualifications to be allowed to enter certain areas. It would be a serious setback to discover these various rules and restrictions as you go along.

Final Notes to Driving in a Foreign Country
Knowledge is power and taking the time to look over the common traffic signals and whichever informational material can be found on the main website for the traffic authority of the country you will be visiting will serve you well and even save you time.

Never assume you are not being watched and even recorded, with traffic density in many cities rising new traffic rules can seem excessive. For this reason, navigating an unfamiliar city during peak rush hour traffic may be easier by public transportation.

Take the time to enjoy the experience; driving at home can tend to be mundane and tedious. But there is nothing like learning the communication methods of international motorists to broaden your understanding of automotive societies.