You know the story already: the BP disaster in the Gulf, the consistently high gas prices, and the ongoing battle to become independent of Middle-Eastern oil. While none of those items may be on your mind when searching for a fuel-efficient vehicle, you are still contributing towards curtailing them. Furthermore, you obviously want a car that goes farther, drives faster and uses less gas. 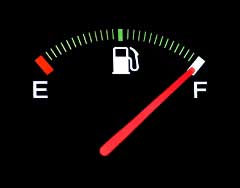 "How do I choose a fuel-efficient car?" you're asking. The first thing to do is consider these very enlightening facts:

· When you purchase a auto that gets 30 mpg's over one that only receives 20 mpg, you will—on average—save almost $700. Over the course of about five years, the number spikes up to over $3500! That puts things into perspective.

· 99% of the time you can find out everything about a car online that you could from a physical window sticker, and usually a lot more.

One of the biggest aspects, as related to fuel-efficiency, of buying a car is need vs. want. What, specifically, do you need to your car to do? Will it mainly be a single-person hauler? Do you frequently commute farther to work, school, etc than most other people? Do you need room for extra "cargo"—meaning people or freight? Do you need a more rugged, off-roader to handle bigger jobs? The list goes on indefinitely. Obviously, most people want a "little-more" car than they actually need, and that's fine. Just realize the fuel economy sticker and analyze the tradeoffs.

· Not only does a car with a manual transmission typically save gas, the savings over an automatic can add to over $600.

· A lot of 4-cylinder cars these days far surpass the weaker, cheaper 4's of the 90's—with peppier, more innovative engines being developed. What's even better is that they also get better gas mileage, and are usually significantly cheaper. No tradeoffs there!

· Hybrid cars, of course, are the latest fad/craze. Expect to pay more for a hybrid version of a car, but you will (generally) get better performance and slightly better fuel efficiency.

· Diesel engines usually afford autos up-to and beyond 40% better fuel economy, and they are light-years better (in terms of refinement) than the undesirable versions of the 20th century.

· The downsides to diesel: prices for diesel gasoline will be slightly more, models that offer diesel engines are very few and far between, and diesel is practically as bad for the environment as gas/petrol.

· Electric cars are just beginning to re-emerge from, basically, the grave they went into around the turn of the century. They are more expensive, but with cars like the upcoming Nissan Leaf—the promise of a car that uses absolutely no gas is once again becoming feasible. How would you like a car that travels up to a 100 miles on a single charge? Get ready.

Hummers, Suburbans and the rest of the full-size SUV pack is dying

The following government websites offer detailed reports of individual makes and models and are a tremendous source of MPG helpful information.