It is very important to properly maintain your car and if you are hearing some unusual noises coming from your car, it might be a sign that something is wrong with it and you should have it checked out as soon as possible. There are a lot of different noises that your car can produce when something is wrong and that particular issue could be nothing in the end or it could be a very serious problem that might end up putting your life in danger if not taken care of. That's why it's important not to ignore any unusual sound and get your car checked. 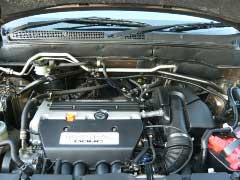 When does the noise appear?
When you notice any noise that wasn't there before, it's hard to figure out why it's happening if you are not familiar with the car's mechanical components, but you could help the diagnostic process a lot by figuring out when it's happening. That means that you should pay attention and notice if that particular sound is only happening when you're driving at a certain speed or only when you are turning. Does the noise frequency increase with speed? Can you hear it right away, as you start your car? Or you can only hear it after the car's been running for some time? Answering these questions can help a specialist figure out the problem with your car and get it fixed in the shortest amount of time possible.

The most common noises you can expect to hear are usually coming from the wheels, the steering system, the engine, or the transmission.

Your brakes
By properly maintaining your brakes, you can prevent most of the noises coming from your wheels as any grinding or metal on metal sound you hear coming from that direction usually means that your breaks pads or shoes need replacing. Also, humming sounds usually indicate excessive tire wear and this is another problem that can easily be avoided with proper maintenance.

Steering system
The steering system can produce a few different noises, with the most common ones being 'clicks' or screeches. Screeches are usually only heard on power steering systems and you should have the belt checked out as it's probably slipping. The 'clicks' can mean a few different things ranging from a low level of power steering fluid to worn-out bearings in the steering column. If you hear any of those noises coming from your steering column, you should have it checked out immediately as it can create very dangerous situations.

Clutch problems
Another very common problem is hearing squeaking noises when changing gears and that could indicate that you need to fill up the transmission fluid. On the other hand, grinding sounds produced by changing gears are a bit more problematic and they could indicate a problem with your clutch; most likely it's too worn and it has to be replaced.

Engine issues
Noises coming from your engines can sometimes be hard to notice given the regular noise produced by the engine and that's why it's important to always keep an ear out for them. There are a lot of different reasons why your engines might be producing unusual noises and a lot of them could mean very bad news. So if you ever notice any unusual noises coming from under the hood make sure to have your car checked out as soon as possible. If ignored for a long period of time, the damage cause to the engine might be irreversible and the following repair bill won't be very pleasant.

Every driver has probably heard unusual noises coming from his car once, but that doesn't mean they should be taken lightly. Remember to always properly maintain your car and if you hear any unusual noises try and figure out when it's happening and take your car to a specialist immediately.