How to Identify Used Cars that Depreciate the Least - Vol.386

They say mankind cannot escape death and taxes, which is true enough. Another fact of life is that cars cannot escape depreciation and the junkyard. Some antique cars are still being maintained and cherished but they are relatively few and far in between. 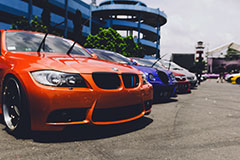 If you are looking to buy a new car, it would behoove you to know the cars that should depreciate the least. New cars depreciate the most in the first year. In countries where cars are cheap and abundant, they can lose about 50% of the value within the first 3 years.

If you are looking to buy a used car, the decision-making is not that straightforward. An argument can be made for both. If you end up buying a used car which has depreciated the least, in most instances it will continue to depreciate slower than others, so the car should retain more value. On the other hand, a used car which has depreciated the most may present great value. For example, you might covet your dream car of a certain make and model. The new price may be way outside of your price range, but this model depreciates so much that one or two-year-old offerings can fall within your budget.

Types of Cars that Depreciate the Least
In general, top sellers usually do not retain their values as well. Cars that retain their value the best tend to be in high-growth categories where sales volumes are not too high. In most countries, SUVs and pickup trucks continue to gain popularity, yet the sales volumes are not overly high as to make them mass market. This is why SUVs and trucks would often depreciate slower. This can also be true for aggressively styled compact cars that have gained a niche following for spirited performance at their price points.

At the other end of the spectrum, luxury cars tend to depreciate the most. It's only natural because they are expensive so there is more downside to their resale prices. Some argued that well-to-do people who buy luxury cars are more likely to trade in their used car to the dealer rather than trying to sell the car on their own for more.

There are differences between luxury brands too, and these differences can be localized. For example, in Asian countries where Mercedes is considered the ultimate luxury brand, used Benzes often retain higher values than used BMWs. In contrast, in the United States where the roads are wider and where BMW had a successful "Ultimate Driving Machine" advertising campaign, it is not uncommon to see certain used BMWs that can retain higher value.

Other Factors that Affect Depreciation
Reputation and reviews can also affect depreciation. You can expect a car model with bad safety ratings to depreciate more. On the other hand, highly rated models that have gained niche followings often depreciate less. Gaining a niche following is the key here ? if a highly rated model becomes overly popular, there will be more of them in the used market and this would negatively impact their used value.

You can also expect makes and models of a new generation to retain higher value, as long as the new platform is highly regarded. For example, if the new-generation Honda Accord and Civic are well-received, you can expect them to depreciate less in the near future, until they are not as new anymore. On the flipside, the previous generation of Honda Civic, or any make and model that has gone through a major makeover, will probably depreciate more.