An overdrive is when the output speed is faster than the input speed. In contrast to reduction, itfs basically an increase in speed. In this kind of transmission, two things are accomplished. This is in connection to how torque converters function in reference to lockup torque converters. There are some cars with a special mechanism where the torque converter is locked up to improve the efficiency. The purpose of this is to have the engine go straight to the transmission. 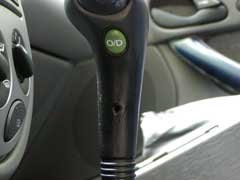 With every two-thirds rotation of the engine, the output spins once. The output speed will reach 3000 RPM (rotations per minute) with the engine having a rating of 2000 RPM. With these ratings, cars can now run at freeway speed while the speed of the engine stays nice and steady.

There is a common misconception with the term "overdrive". People think it will make the vehicle run faster. This can surely reach a higher top speed but essentially, overdrive gear refers to making things efficient. More fuel is burned when the engine runs faster. In contrast, the engine can go at lower RPM to keep up the cruising speed of the vehicle when in overdrive.

Overdrive-off switches can be quite confusing. With that "O/D" mark, engaging it will allow the top gear to lock out. This means that the transmission will not shift up a gear. Virtually, any car with automatic transmission has this setting by shifting from the Drive gear to the lower gear next to it, usually 4 or 3. 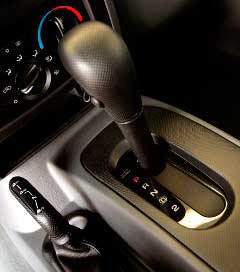 When should the overdrive be turned off? Depending on how the vehicle is used, you should not turn it off as much as possble. Under the strain of towing, climbing a hill or hauling, the engine might end up getting stressed out when in overdrive. The gear is in downshift when the overdrive is disabled and this allows a higher engine rev and gives power to motor on. It might get tempting to just simply turn the overdrive off or go into a lower gear when descending a steep hill to engage the engine brake and prevent speeding up. However, most of the modern transmissions are "intelligent" enough to automatically do the downshift when climbing a hill or hauling. If the transmission keeps going in and out of overdrive or the car wonft downshift, itfs best to switch the overdrive off as frequent shifting can put a lot of heat to the transmission and eventually damage it. In contrast, there are only a few transmissions with automatic downshifting when going down hills. This may have to depend on you if you wish to stay on the brake to keep control.

More fuel is burned when driving in the lower gears. The O/D switch could be tripped accidentally because of the mounting on the shifter and the driver might not be aware that the overdrive is turned off. This will surely lead to poor fuel economy.

The ratio should be lower than 1 to 1 for the overdrive gear. This means that the engine doesnft have to make a full revolution for each revolution of the output shaft of the transmission. The minimum speed for engines is usually around 500 RPM with greater output at higher revolutions. The tranmission gears down the driveshaft of the engine for initial acceleration. However, the ratio can go higher in practice.